Good morning, and welcome to another edition of this experiment newscast, designed to give you a quick overview of what’s happening in and around greater Charlottesville in a format you can listen to quickly, or read quickly. Next week we debut out Smoke Signals edition. Look for it above a hillside near you. Today’s sponsor is Court Square Tavern, a great place where you can get a great meal while having a great time. Open for lunch Monday through Friday, open for dinner and drinks Tuesday through Saturday evening. That’s Court Square Tavern.

Nearly 2,500 teachers from across Virginia marched on the state Capitol in Richmond on Monday to call for wage increases, according to a report in the Virginia Mercury. Organizers with Virginia Educators United stress that the event was not a strike, but a march attended by instructors who either covered their shift or were part of a school district who had the day off. Virginia allows teachers who go on strike to be fired. Delegate Lee Carter has filed a bill that would change that, and that legislation is before the House General Laws Committee..

There will be at least two new members of the Albemarle School Board when it convenes for the first time in 2020. That’s because Rivanna District incumbent Jason Buyaki announced last week he will not seek a third term. That’s according to a story in the Daily Progress from Thursday. Earlier the newspaper reported that Steve Koleszar will not seek a seventh term representing the Scottsville District. We still don’t yet know if White Hall member Dave Oberg or at-large member Jonno Alcaro will seek re-election.

The latest population estimates are out from the Weldon Cooper Center for Public Service at the University of Virginia. Over a thousand people moved into Albemarle County between July 1, 2017 and July 1, 2018, a figure based on calculations from building permits and other measures of growth. The Weldon Cooper estimate for Albemarle is 108,639, or a 9.7 percent increase since the 2010 Census. Charlottesville has grown 13.5 percent since 2010 to an estimated figure of 49,281. 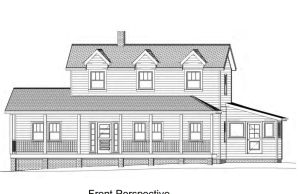 Fans of the Waltons may soon be able to stay overnight in a replica of their fictional Nelson county homestead. The Lynchburg News and Advance reports that Nelson County Planning Commission has recommended a rezoning and special use permit for a Waltons-themed Bed and Breakfast in Schuyler, which is the home of the Walton’s Mountain Museum as well as the home of Earl Hamner Jr, the late creator of the world-famous television program. The Waltons ran for nine seasons from 1972 to 1981 and the applicant says the project will boost tourism in Nelson County. The Board of Supervisors will take up the rezoning later this year.

It has been nearly five years since state officials approved funding for a second daily train between Lynchburg and Washington’s Union Station. Amtrak, private railroads and state officials have been unable to come up with a time slot for the train in part because the bridge that carries freight and passengers across the Potomac River is at capacity. Last week, the Charlottesville-Albemarle Metropolitan Planning Organization passed a resolution expressing support for a plan to expand Long Bridge. Planning for the project is currently in its third phase. 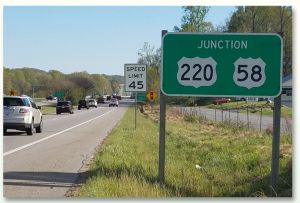 At the other end of Virginia, the Virginia Department of Transportation is taking comments through February 2 on a study of possible new roadways that would travel between Martinsville and the North Carolina border. The Martinsville Southern Connector Study is intended to come up with an alternative for the project, even though there is currently no funding to purchase land for the right of way or for construction.

And that’s it for today. We’ll be back tomorrow with another installment. Now we’re off to go binge-watch some Walton’s.

This site uses Akismet to reduce spam. Learn how your comment data is processed.

Things Being Read at the Moment